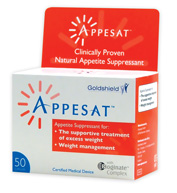 Appesat has a rather large advertising budget at its disposal – the manufacturers Goldshield are currently focusing their attention on billboards the length and breadth of the UK.

Also featured in Marie Claire, the Telegraph newspaper as well as numerous TV and radio news bulletins, Appesat certainly has the marketing funds.

It  has been recently introduced to the diet pill market and marketed as “The New Diet Pill Made From Seaweed That Can Train Your Stomach Into Wanting Less Food.”

It is available to buy without the need of a prescription and is available at many high locations and online via registered chemists.

It is made from a natural substance – seaweed. It is Bioginate Complex, a patented fiber complex extracted from the seaweed Laminaria digitata, which has been carefully harvested from farms on and around the French Coast.

How Does Appesat Work

The Bioginate Complex has been formulated to be resistant to stomach acid and can remain that way for several hours. 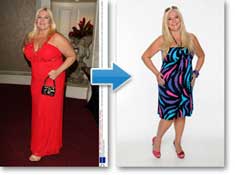 Appesat is most effective when taken before a meal – it works by stimulating hunger ‘sensors’ in the stomach wall, which then send a signal to the brain informing it that the stomach is full.

This kind of approach has been for centuries by many civilizations around the world – although not as a measure to combat obesity but a way of staving off hunger or preserving food rations when food is scare.

Binge or snacking is one of the biggest reasons why a diet may fail. Stop introducing unnecessary calories ona daily basis and your chances of success will improve significantly.

Although relatively new a few success stories are starting to appear – most notably a high profile one featuring Vanessa Feltz.

Having tried several dramatic diets in recent years with varying degrees of short term success, Vanessa feels that she has finally found a more long term, healthy solution in the form of Appesat, which she hopes will enable her to achieve sustainable weight loss.

Whilst there are an awful lot of things that can said about the Seaweed Diet Pill – there are a few concerns.

The manufacturers do claim that Appesat is clinically proven but health experts within the diet industry are less convinced…. by suggesting “There is very limited and poor evidence supporting it”

Where To Buy Appesat

On sale now at virtually all stockists of diet products including Boots the Chemist, Holland & Barrett, Tesco and Sainsburys.

Purchases can also be made at discount direct from registered chemists including Slimming.com

The feeling is that products such as Appesat are trying to re-invent the wheel as far as appetite suppressants are concerned.

“Hoodia is a pill that kills  appetite and attacks obesity.” BBC Correspondent 2003

Hoodia Gordonii is generally accepted to be the most effective natural appetite suppressant in existence.

Unique Hoodia is a UK distributed Hoodia diet pill using undiluted raw powder. each capsule contain 460 mg of the substance – the most per capsule found anywhere i the UK.