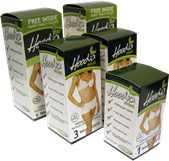 Hoodia Gordonii tastes naturally bitter, so to counter this, products such as Hoodia Mint have appeared on the weight loss market.

Well, that is one of the soundbites taken from the official Hoodia Mint website.

Although it has to be said that the powder taken from the Hoodia plant is capsulized and should not therefore taste of anything much at all,  but we will respect their rather unique if a little leftfield marketing angle.

Diverser still, other Hoodia based products that use taste as an angle claim that Hoodia is tasteless and add flavouring in an attempt to jazz up the experience.

So, to set the record straight and to try to unravel the rather irrelevant mystery of the taste issue – it does not matter a jot. Hoodia is best used in capsule format, is relatively tasteless and is pretty damned good at suppressing appetite.

“In order to overcome the naturally bitter taste of Hoodia Gordonii in it’s original form, we have added a fresh minty taste to our tablets to allow even those unable to swallow standard tablets a way to benefit from Hoodia”

Hoodia Mint What Is It

Hoodia Mint is basically chewable Hoodia – a sweet like product that although not aimed at recreational purposes is classed as a form of confectionery.

There are just two ingredients within the formula one is Hoodia Gordonii, the other is Xylitol

Xylitol is a kind of sugar substitute – it is a natural sweetener that is present in the fibres of many vegetables and fruits. Its inclusion in the formula is to provide the taste and nothing else

The simple fact that Holland Barrett are a major supplier of Hoodia Mint is a major positive. Of all the Hoodia products in existence Hoodia Mint is one of the better ones.

Hoodia Gordonii (the raw powder variety) is extremely effective at suppressing appetite – Hoodia Mint is just a another way of introducing the benefits.

Hoodia Mint, however, does not offer anywhere near the potency of a capsule or tablet bases product.

Does Hoodia Mint Cause Side Effects

Hoodia is pretty devoid of anything that could be construed as a side effects – a few thousand years of usage should by now should have brought something to the surface.

Where To Buy Hoodia Mint

As mentioned above Holland and Barret are a major stockist for UK consumers both in store and via the Holland & Barrett Website.

Pricing it has to be said is a little on the steep side – a 6 week course will cost a little over £40.

Other Hoodia Product To Consider

Unique Hoodia – a natural raw powder capsule offering 460mg of Hoodia, possibly the highest strength legitimate Hoodia diet pill in not just only the UK but anywhere in the commercial world.