Most Popular Diet Tablets In The UK 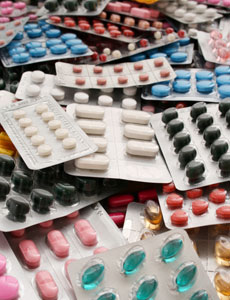 With the recent changes in the natural health laws slowly starting to happen, the diet tablet industry is arguably under the biggest scrutiny.

Gone (or at least going) are the days where consumers were faced with an avalanche of choice with the chances of choosing an effective diet tablet akin to playing Russian Roulette.

The dodgy diet tablet will hopefully be a thing of the past – at least where the UK is concerned.

One product that we have featured and highlighted on numerous occasions are benefiting and this can only be a good thing.

Capsiplex is the chili diet tablet, a fat burner that is the invention of Scottish based Advanced Health.

Prior to its release it sold an estimated 50,000 bottles in advance orders – 6 months on and it had already passed the 1 million mark.

Capsiplex is now accelerating towards the enviable title of being the UK’s most popular diet tablet.

Imitation is the biggest form of flattery but I doubt if the people at Capsiplex are enamoured with the deluge of products that have been introduced recently built around the chili – or capsicum.

The there have been numerous studies, trials and article underlining the definite link between capsicum and the weight loss process.

Capsiplex is no stranger to embracing the power the media can lend – the UK media can either make or break. Fortunately for Capsiplex the British press seem to love them.

The most recent piece of positive PR was the a real life success story featuring former Emmerdale actress Roxanne Pallett. Roxanne, who was not too shabby to begin with, attributed her curvaceousness to the chili fat burner.